We use cookies on our website. They help us get to know you a little and how you use our website. This helps us provide a more valuable and tailored experience for you and others.

You can revoke cookies at anytime at the bottom of the page.

Last year aforementioned activities used to be under the direct responsibility of chairman Mr. Koen Beentjes, next to his existing tasks as CEO. The nomination of Mr. Germyns is a further emphasis on the relevance of the realisation of the Retail strategy for the European online brokerage and wealth management services. Mr. Germyns has broad experience in both operational management as well as strategy execution.

In his current position Mr. Germyns is responsible for the international expansion of BinckBank. In 2006 he was co-founder of BinckBank Belgium which grew to market leader under his entrepreneurship while BinckBank reached the number 3 position among online brokers in France in a short time frame.  He is also responsible for the recent startup of BinckBank in Italy. Before his career at BinckBank he used to work for KBC Asset Management in Belgium.

Mr. Germyns has the required approval for his appointment as statutory director of the executive board from the Dutch Central Bank (DNB) as well as a positive advice provided by the works council.

After the appointment of Mr. Germyns the executive board of BinckBank consists of Mr. Koen Beentjes (CEO), Mr. Evert Kooistra (CFRO) and Mr. Vincent Germyns. Mr. Pieter Aartsen did not opt for reappointment.

BinckBank is the largest online bank for investors in Belgium and is ranked in the top five in Europe. As an online broker, it offers its clients fast, low-cost access to all the important financial markets around the world. BinckBank is an independent online bank for investors, which is listed on Euronext Amsterdam. We have offices in the Netherlands, Belgium, France, Italy, and Spain. BinckBank has 600 FTEs at end of 2013. BinckBank was formed in 2000 and has now more than 552,000 account holders. 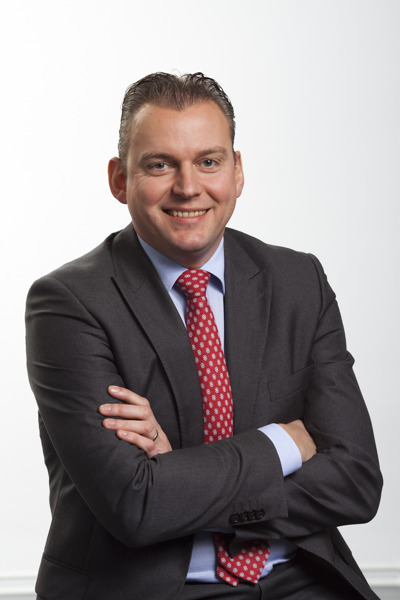